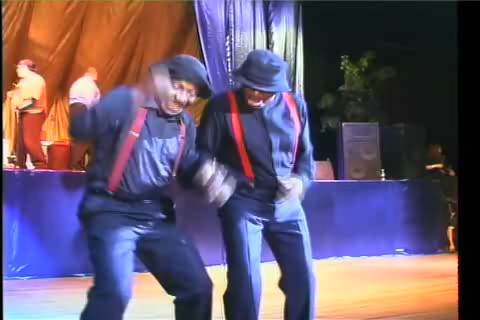 At the 2014 Savoy Ball, rarely seen video will accompanied Frankie and his son Chazz Young perfoming their Moke and Poke routine accoompanied by the CD version of Lunceford’s “T’aint What You Do” from the Big Band Favorites CD. At the Savoy Ball, George Gee’s band played live synchonized to the 1999 Video.

Frankie and Chazz Moke and Poke: