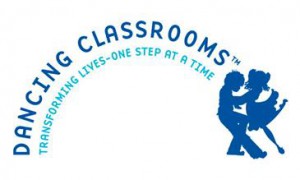 Yvonne was instrumental in the planning, design, and installation of the Savoy Plaque in Harlem, with Jun Murata. Her diplomacy and persistence persuaded city officials and property owners to agree to the plaque and she arranged for its design and financing. Without her and Jun Murata’s leadership, there would be no Savoy Plaque. Proceeds from Frankie 85 were donated to help fund the plaque. 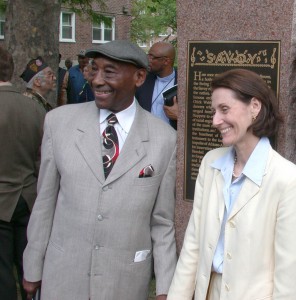 Frankie and Yvonne at Plaque Dedication in 2002 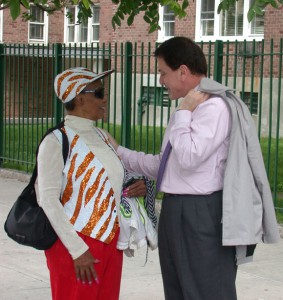 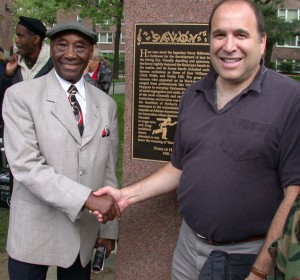 Frankie and Alan Sugarman at 2002 Dedication